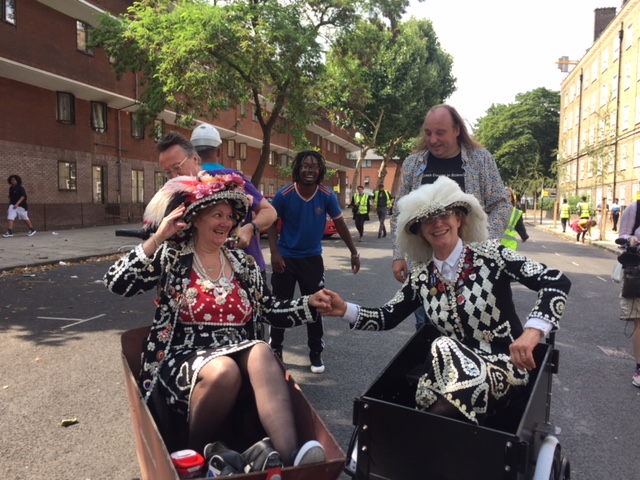 It was a fantastic festival this year, and the History club was in attendance…amongst the 4 stages, and funfairs. We (tried to) revive the Pub pram race of old,(there not being that many pubs to get round…)
If it wasn’t for the Pearly queens, the ‘Cock team’ would have won  it. Some debate about whether Ben’s vehicle should be disqualified, as strictly speaking it was not a pram, but we let it go, since the fun was the main thing.

So it was the Pearlies wot won it. They shared the meal of four with chariot driver, Ben.

The Cock team had the consolation prize of a bottle of Prosecco.

Thank you to Esther Leslie for getting the original pram, the Somers Town Coffee House for the main prize a meal for four, and the Crick for exhibition tickets prizes,

And we ended up in the Camden New Journal! 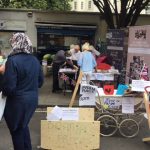 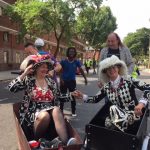 The winners Lorraine and Diane the Pearlies 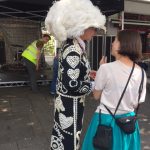 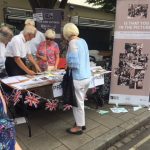 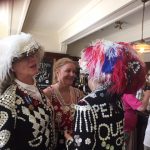 To the Pub after the race 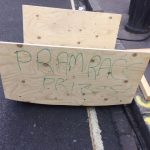 A pram that didn’t work! 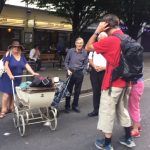 The vintage pram bought on Ebay