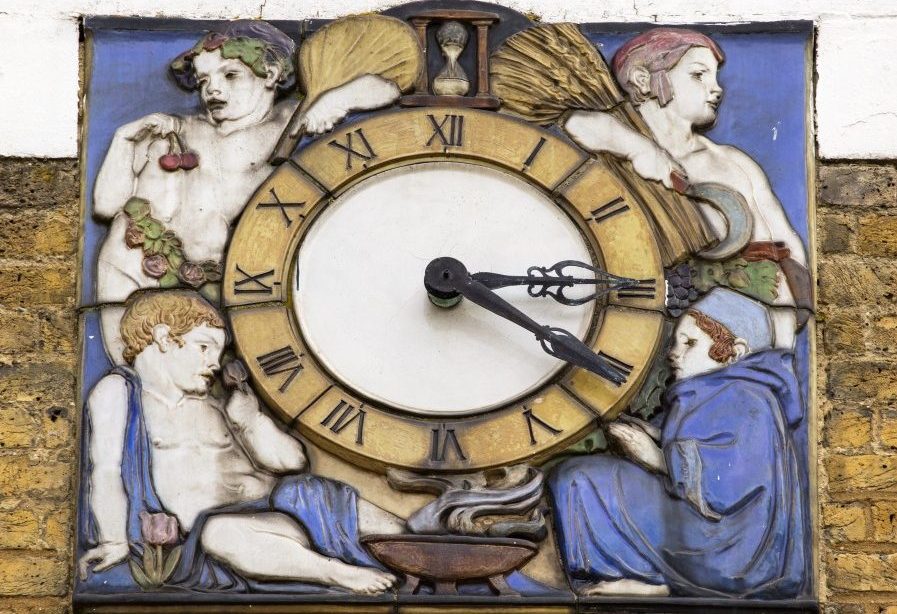 Gilbert Bayes reaches new audiences as Esther leslie writes for a US art journal on the Bayes’ clock in response to the question:

In a patch of London, shielded by busy roads and three railway termini, social housing was built, in the 1930s, by reforming Christians, who were eradicating the slums and had a belief in beauty for all. “Housing is not enough” was a watchword and this surplus to be added included decorative art—for once, not in wealthy London streets, but its poorest ones. On the Sidney Street Estate in Somers Town, Gilbert Bayes brought art into everyday life. Working with Royal Doulton on new procedures for polychrome salt-glazed ceramic designs, he made geometrical clusters of washing line posts, topped by finials, and illustrative roundels for the spandrels of windows. These drew on themes from Hans Christian Andersen’s fairy tales, nursery rhymes and Biblical stories.