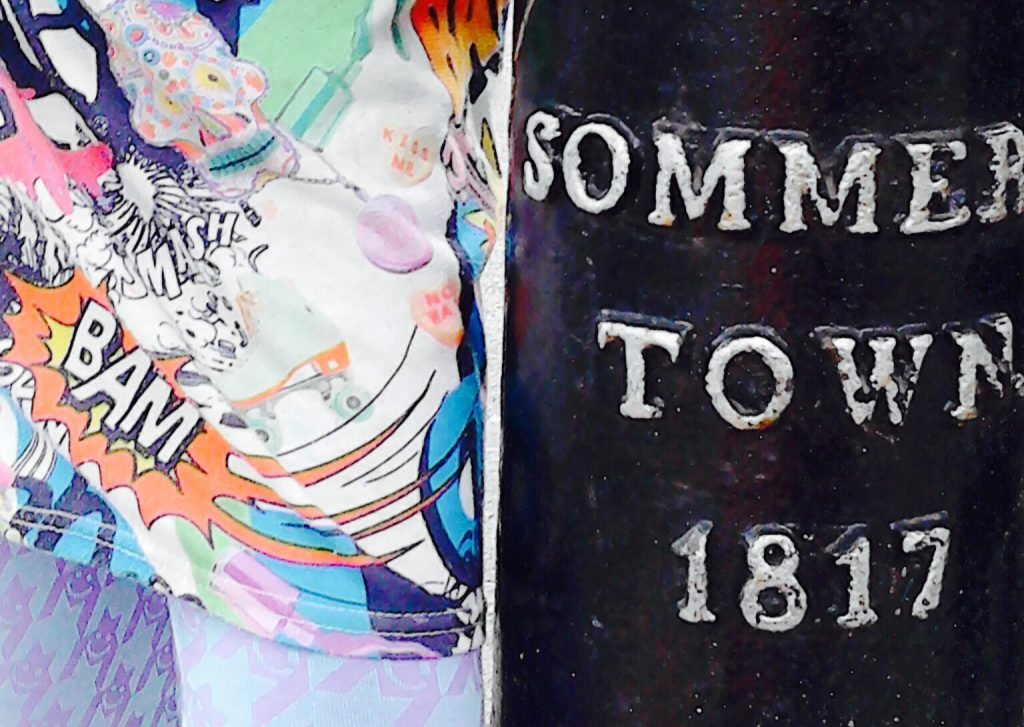 Winners have been announced…after more than 120 interesting and different styles of photographs. Judge Sylvie Temple writes:

“we had such pleasure looking through all the lovely images. After a lot of discussion, judges selected those we felt were especially strong  – thank you and well done everyone”

Here’s a message from our judge from The Guardian Picture Desk, Fiona Shields:

“What a genuine pleasure to take part in judging the competition. With such a range of styles and originality, it was refreshing to look over the different and often very personal approaches the entrants took to show us their very own Somers Town.”

First Prize: Overall winner Mordecai captured elements of both old and new Somers Town with simplicity in a vibrant picture taken from his own eight year old height and perspective, which added a great deal to its charm. It was a beautifully captured almost pop art image.

Second winner was poetic in tone, dreamy and still. The view from the Eleni;s window looking onto the Churchway Estate giving us both elements of her own home and the world beyond. As one of Somers Town’s more modern estates the NOW was subtly represented with a delicately nostalgic touch by Eleni who took the lovely picture.

3rd prize went to a photo of a young boy surrounded by a pattern of neon green lines as he tries to use the public gym equipment in the park, meant for older children. He looks cross and bemused and the bright colours are a modern context. It was an uplifting image.

Highly commended: These ranged from a cinematic shot of the New Horizon centre reflected in the side of a blue van with a woman in the foreground, and a figure unaware of being photographed seated in the van.  Photographer Pete ought to pursue photography.

Kelly Drury’s shot of Ellie and Gracie has an impromptu pose with fingers raised in a sign of peace capturing the mischief and spirit of their friendship. Their clothes and the lines of the railings gave it the singular quality of stopping time. John’s third highly commended photo of a mixed group in yellow safety vests standing by a heap of green bags after a cleanup day – showing the diverse make up of the local community. Aside from the composition, they looked thoroughly pleased by their efforts.

People’s vote: At the festival the people’s favourite went to a beautiful, simple image of Regent High lit in a glowing sunlight after the storm with a rainbow arcing above – the symbol of the school. It was a real delight to talk to 14-year-old Aby, who attends Regent High about his interest in image making and manipulation.

Once again thank you for such a strong level of entrants and for your enthusiasm.

I hope you will all keep taking pictures!